With an understanding of Debi’s deep range and array of dynamic characters, NCC defines her brand identity and message in 4 qualities: playful, witty, sarcastic, and sharp. Outside of the recording booth Debi also has a deep affection for nature and animals. Her brand also demonstrates this by displaying Debi’s affection for her dogs: Mango and Kiwi as well as saving the Orangutans.

Debi Derryberry is an Annie-Award Nominated voice actress veteran having played hundreds of roles during her 30-plus-year career. Derryberry is one of Hollywood’s most active and sought after voice-over artists, best known for voicing Jimmy Neutron in the Academy Award-nominated Paramount/Nickelodeon film: “Jimmy Neutron-Boy Genius”.

She is the voice of Draculaura from Mattel’s “Monster High“, Fleck in Netflix’s “The Christmas Chronicles”, Coco from “Crash Bandicoot”,  Taime in “Guild Wars 2”, Helpy on Adult Swim’s “Tigtone”, and some of her voice-over roles in “Incredibles 1 and 2”, “Trolls”, “Toy Story”, “Wreck It Ralph 1 and 2”, “Zootopia”, “Smurfs the Lost Village” and many, many more. Debi currently voices 6 characters on Netflix’s “F is For Family:” Maureen, Philip, Bridget, Scott, Nurse Beatrice and Kenny.

Still have questions about business and marketing?

Send Us An Email
Request Consultation 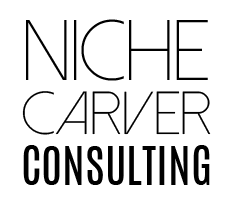